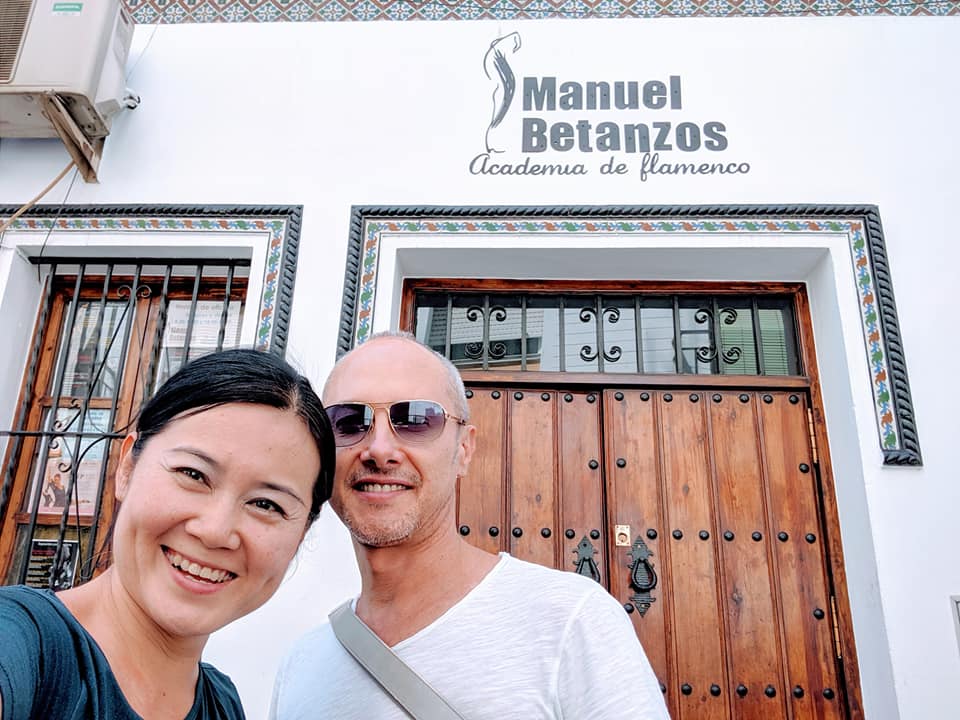 Have you had life-changing learning experiences?

It was 2003, my first year studying flamenco in Seville. I was hunting for the Academia de Manolo Marin. I got to Triana, the famed flamenco quarter and walked along the street where the Academy is located, called Rodrigo de Triana (who, by the way, is the first guy to call out ‘Land!’ in Christopher Columbus’ expedition to the Americas).
I was confused because above one door of the Academy, there was a sign that said Manolo Marin. And above the other door, it said Manuel Betanzos. I didn’t get my puzzle answered right away because it was siesta time and the doors were shut. I didn’t know the academies also had siesta hours.
So I had to make my way back again in the evening. That was a life-changing visit. In the evening, it was a totally different scene, filled with movement, the unmistakable sounds of flamenco stamps, rhythmic claps and the intoxicating melodies of the guitar.
Manuel was teaching, and for those who don’t know him, his energy and charisma draws everyone into that same beat (and heat!) of the moment. There was discipline & direction. The atmosphere was intense with the concentration of the students, who were just as captivating.
I remembered I stood at the door looking into this world, at that time very foreign to me. Caught up with what I was seeing & feeling. I’ll describe it as a rapture when something happens to your senses and you can’t fathom why your heart is stirring to burst, nor why you discovered a hunger or yearning you never knew.
So after having visited one academy after another and meticulously observing the different approaches to teaching, I decided this was my last stop and my search could stop here. Because I had found ‘it’. And I was so eager to start.
That was my beginnings in Spain. From then on, there were many other new starts with my maestro that I would never have imagined. Considering I was always the worst student in class then, Life sure evolves in strange, happy ways) 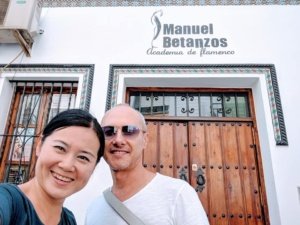 Tania Goh, Producer-Dancer from Singapore and her maestro, Manuel Betanzos 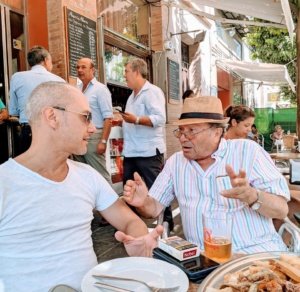 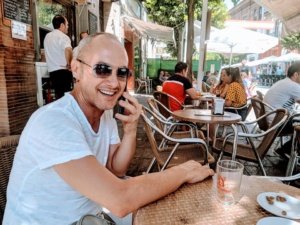 Manuel Betanzos having lunch in Triana. If you walk the streets here, you might chance upon maestros and artists of today’s Flamenco world!

With this video, let’s take you to Triana, in the beautiful city of Seville, in Southern Spain. A peek into what a flamenco academy there looks like and what experiences await the explorer-learner. 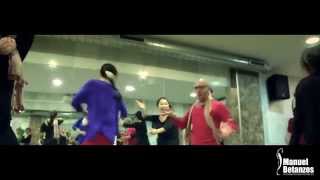